30th Anniversary of Empire and Rage For Order 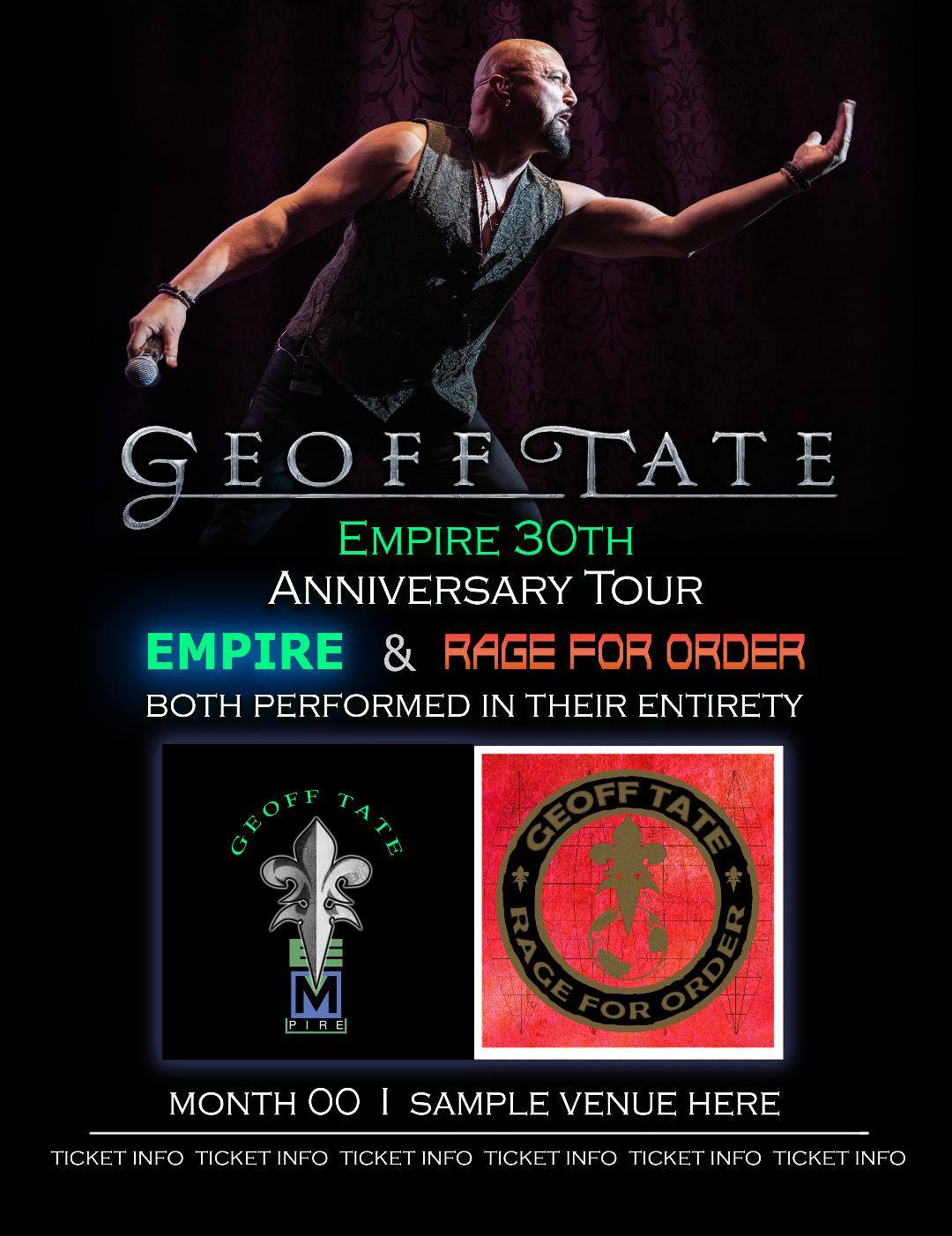 Multi-platinum selling, Grammy nominated singer/songwriter Geoff Tate is best known for his 30-plus years as the creative and driving force behind the progressive metal band Queensryche. Since its inception with Geoff at the helm, Queensryche has sold over 20 million albums worldwide and has performed in upwards of fifty countries. Geoff is regarded as one of the most skilled vocalists in the genre with hundreds of modern, popular artists citing him and his former band as a major influence. Combining social consciousness and expertly crafted lyrics with high-energy, melodically complex music, Queensryche with Geoff Tate at the forefront became internationally recognized as the thinking man’s rock band.
Tonight’s show celebrates the albums Empire and Rage for Order, both of which will be performed in their entirety.