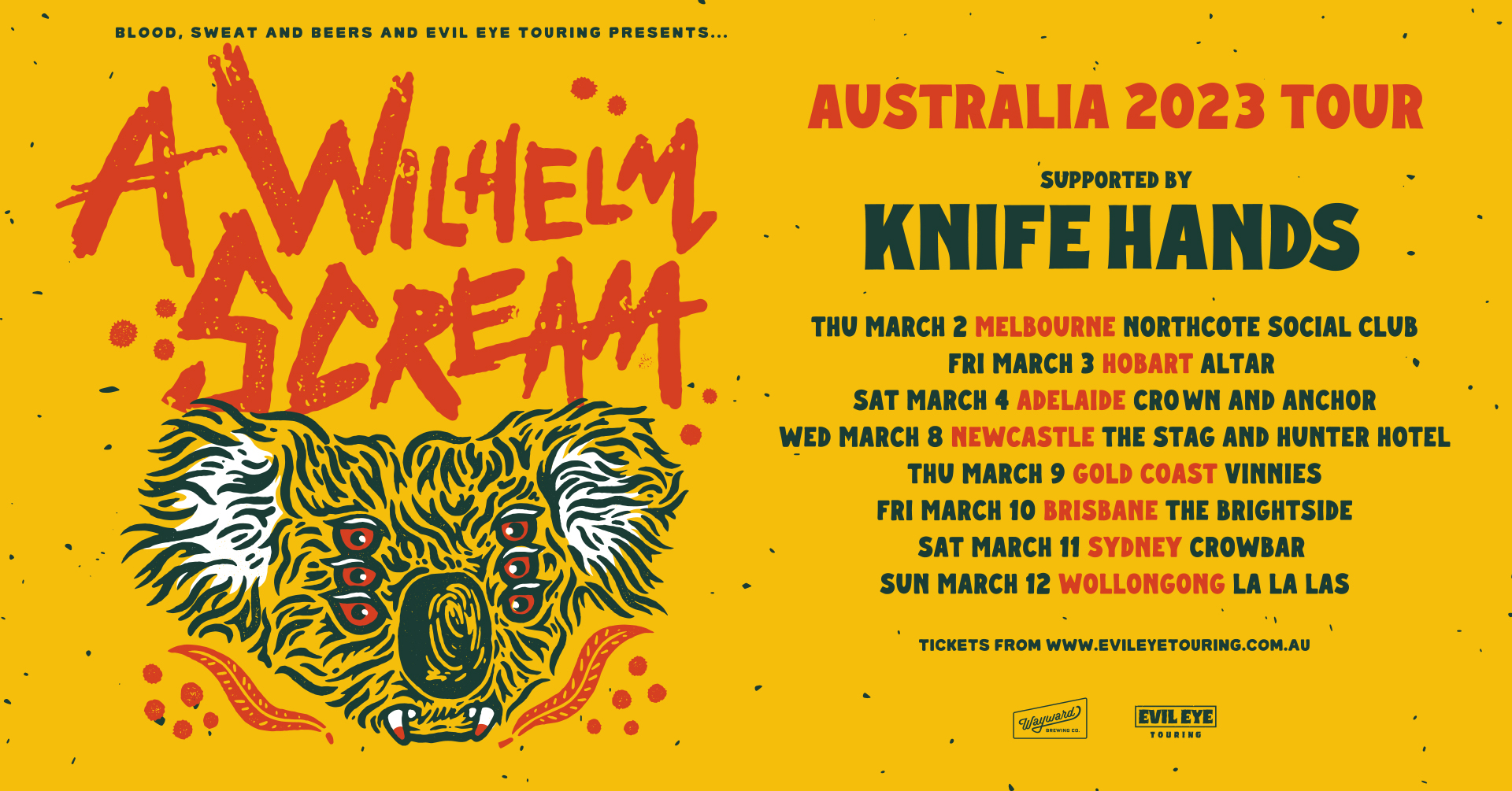 Blood Sweat & Beers and Evil Eye Touring in association with Wayward Brewing Co
present
A WILHELM SCREAM (USA) Australian Tour March 2023 with Knife Hands
Hailing from New Bedford, Massachusetts ‘A Wilhelm Scream’ have sent the benchmark for Melodic Hardcore for almost two decades. The band are no strangers to Australian audiences having built up a devoted following as a world-class live band that can lift a room and take a show to the outer reaches of what’s possible.
Their hyper fast, technically staggering output blurs lines and crosses boundaries, consistently turning heads of even the most jaded punk, metal, and rock fans.
Having recently released their fifth full-length album ‘Lose Your Delusion’, their first new record in 9 years, we are excited to announced ‘A Wilhelm Scream’ will return to Australia for the first time since 2016.
A Wilhelm Scream possess a die-hard following in Australia, as of 2022 Sydney holds the number one spot for streaming the band while Australia is amongst the top three countries worldwide.
Sydney based Blood Sweat & Beers are joining forces with Tassie Based Evil Eye Touring to bring A Wilhelm Scream to Australia for the first time in almost seven
years. Tickets are on sale now through Evil Eye Touring.
https://www.evileyetouring.com.au/a-wilhelm-scream…/