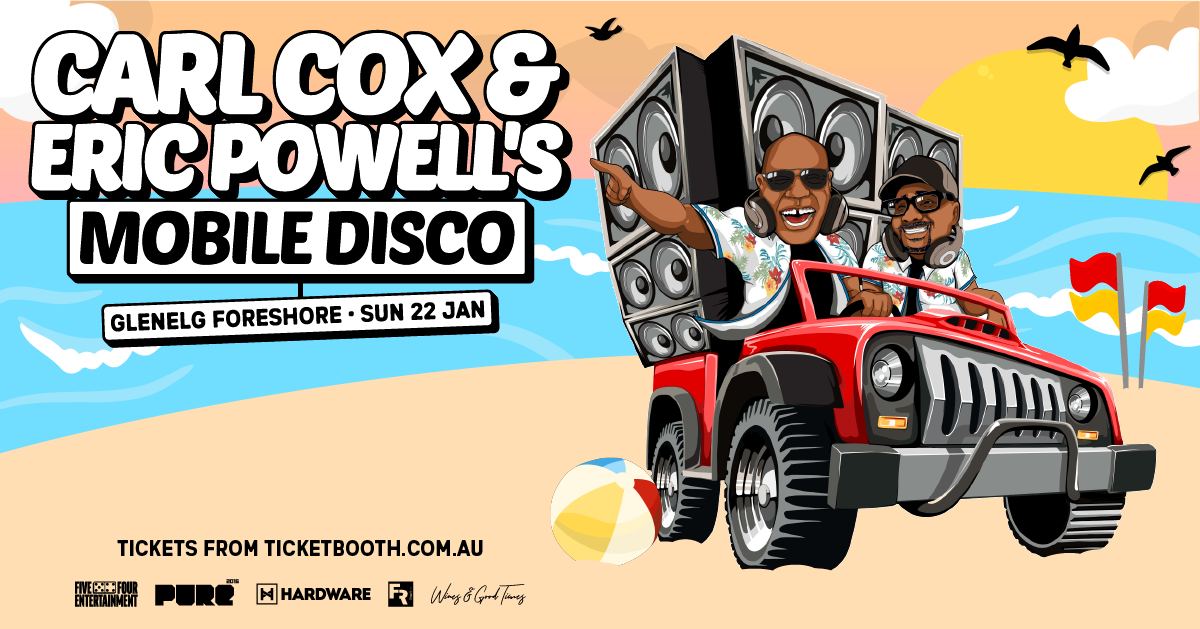 Carl Cox and Eric Powell’s Mobile Disco is gracing the Glenelg Foreshore once again on Sunday January 22nd for the duo’s only Adelaide show of 2023! Carl and Eric’s return to Adelaide brings the biggest beach party our city has seen since… The last Mobile Disco!

The iconic duo will be launching an eight-hour set stacked full of the very best jazz, funk, house and disco hand-picked from their extensive archives. With over 40 years of experience between the pair, Carl and Eric will be delivering the show-stopping energy that we’ve come to know and love from them.

Taking place on the Glenelg Foreshore, the Mobile Disco will run from 2pm to 10pm and come complete with food, drinks and sun-drenched summer vibes for patrons to soak up while enjoying the massive set.