CLARET ASH with IN THE BURIAL, DESCEND TO ACHERON, SUNDOWNER and ECDYSIS 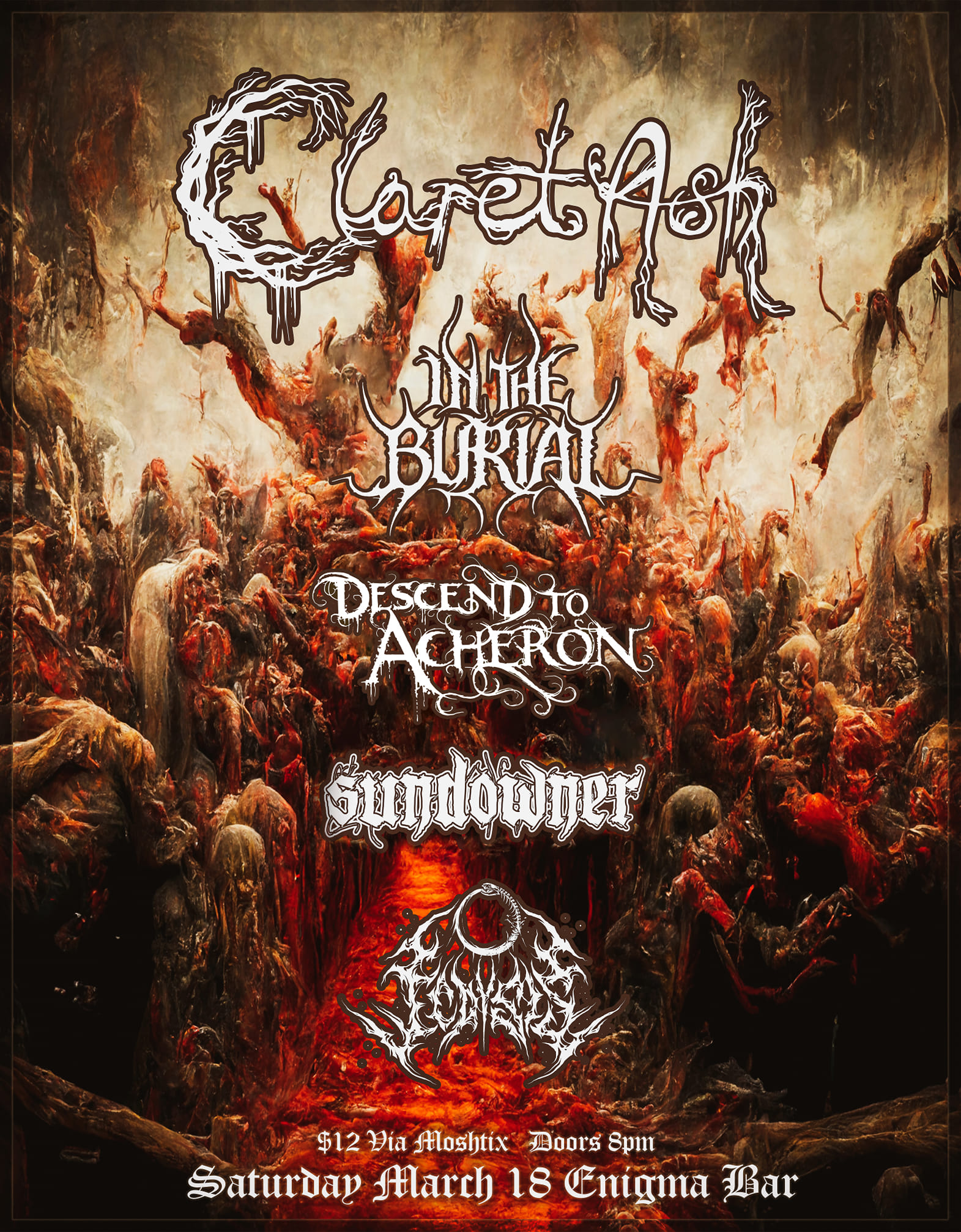 Australian Progressive Black Metal band from Canberra.
Since 2012, CLARET ASH have toured extensively around the East Coast of Australia, Tasmania and internationally to Japan. Supporting many influential artists such as:
Cradle of Filth, Wolves In The Throne Room, Septic Flesh, Bloodbath, Svart Crown, Numenorean, Ne Obliviscarus, Deadspace and Belakor.
CLARET ASH have travelled to the south, calling forth their legions to assert their dominance over city of Adelaide.

symphonic black metal legends IN THE BURIAL return to playing live music to unleash chaos and despair upon all who dare venture into the abyss that is Adelaide.

Blackened Death Metal band, lords of the underworld DESCEND TO ACHERON rise from the infernal regions to immolate the remnants of the once holy city, a flaming mass will be all that remains.

Heavy amplified blues with an occasional upswing in tempo, including violent punk passages, all the while being drenched in feedback and excessive volume abuse. Lyrically focusing on the most macabre and unsettling traits of human existence.
SUNDOWNER is uneasy listening for troubled times. And the times sure are troubled, with the end of days nigh!

newcomers ECDYSIS will be opening the night with their blend of Blackened Technical Death Metal, which will have the citizens of the city of churches on their knees!