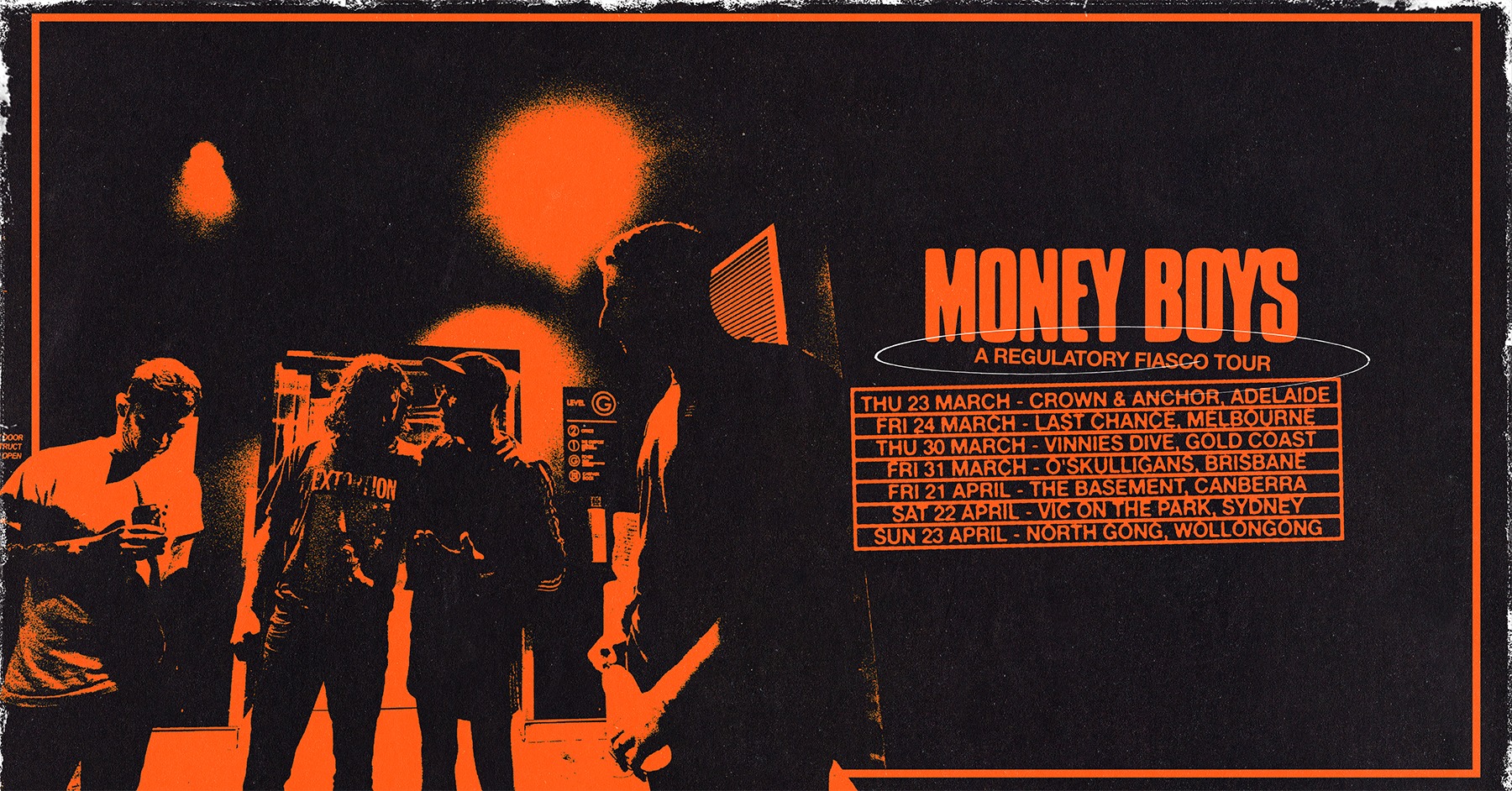 Melbourne punk four-piece MONEY BOYS embark on their first national headline tour March-April. After interstate shows with Press Club and a huge national tour with the Smith Street Band in ’22, the band have honed their live show on some of Australia’s biggest stages. The group’s relentless energy, tight rhythm and punchy performances make them one of Australia’s most exciting bands on the rise. This tour coincides with the release of the first single – “Gun” – off their up-coming debut album. Catch them playing at: