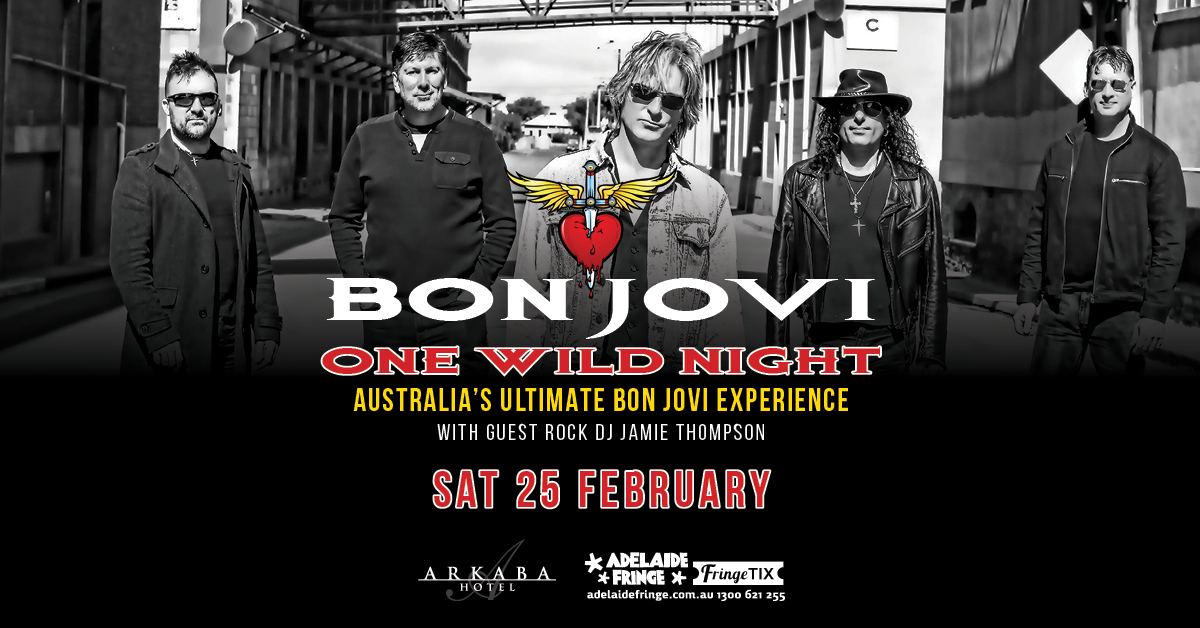 Australia’s biggest and most authentic Bon Jovi tribute is back for their only 2023 Adelaide Fringe show!

This show captures the essence of what this great band is about, the passion & hunger of the early years and the brilliant songs that live in the hearts of so many diehard fans.

Get your friends together and make a night of it, dress up in your 80’s gear and come party with us.
Sing along to all your favourites, and if you close your eyes you’ll swear you’re at a real Bon Jovi concert at their peak!

After previous sold out Fringe shows this show is sure to sell out.
Get your tickets now!

Doors open 8.30pm with DJ Jamie Thompson cranking the 80s and 90s rock, and he’ll be continuing the after-party directly after the band finishes until late!