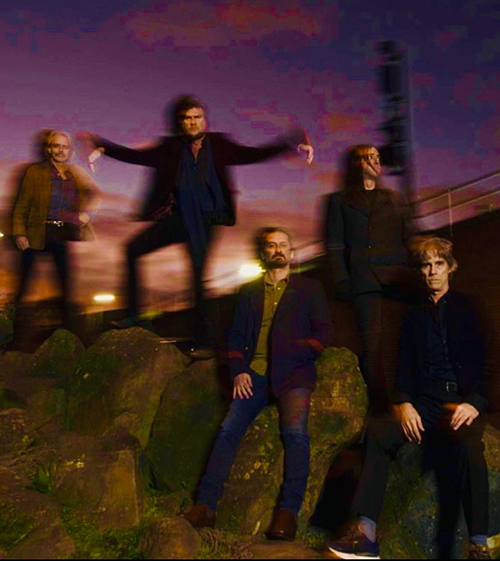 Through the recent years of lockdowns and silence and having too much time to think, Tex Perkins always found solace in the company of song. Having his friend Matt Walker as a co-writer-conspirator, Perkins revelled in the experience which prompted the forming and recording of the first Fat Rubber Band album with bassist Steve Hadley, drummer Roger Bergodaz and percussionist Evan Richards.

After such an affirmative and creative experience Perkins was itching to commence work on what has become the band’s second album, Other World.

“The first Fat Rubber Band album was kind of deliberately a little ragged. A bit fuzzy around the edges,” said Perkins. “There is a certain maturity that we now possess where ideas can be realised and take form very quickly. We’ve become a real band. I think what you heard on the first album is the band being formed.”

Sophomore album, Other World, is a collaborative outpouring from Perkins and Walker, with a bonus song from respected singer/songwriter Lucie Thorne. The album ranges across sounds and inspirations.

While he’s played with many musicians, finding true collaborators is something that Perkins treasures. During the lockdowns, he pondered whether he would ever have that day-to-day musician experience again. With The Fat Rubber Band it’s not just another grouping of musicians playing music together, but a gathering that is very much about the head, heart and soul and something he is clearly grateful for.

Perkins explains “This magic came about with the help of over 4O years of experience from each of the Fat Rubber band members. They’re all truly great players and they’re all really generous collaborators, so I guess what I’m saying is, it doesn’t matter what happens from here. I’m very aware these days, with 100s of new releases each week, it’s harder than ever to get people to give a shit about a new album from anybody, let alone from a bunch of hairy blokes in their 50s from Australia fronted by a dude that’s been around since the early eighties named ‘Tex’. Actually, I can’t believe you’re still reading this! But you know it doesn’t really matter, I’ve seen the magic.”