Wait ‘Til Tomorrow – A Tribute to Silverchair Ft. Liam Griffin 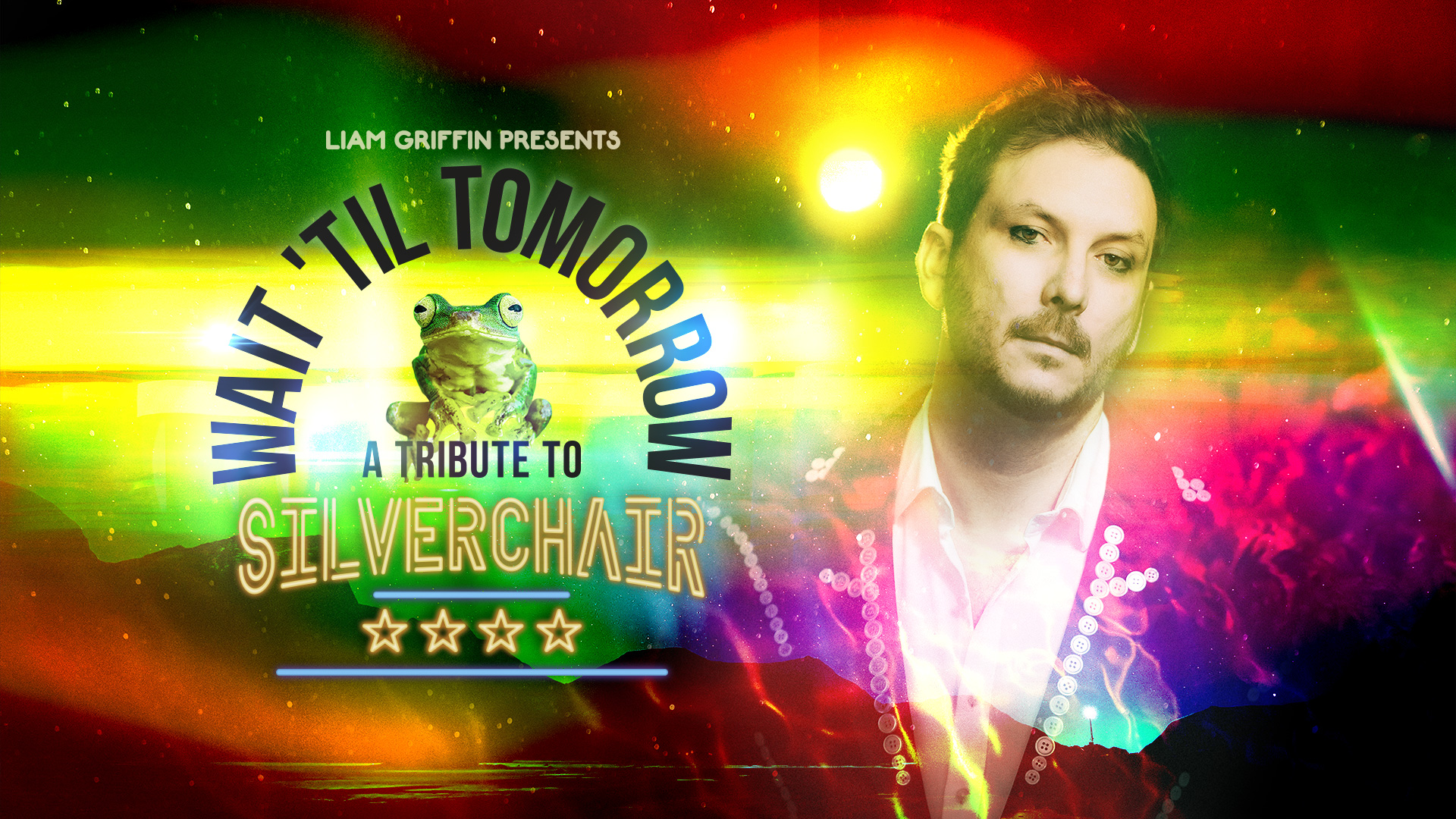 Silverchair are arguably one of the most successful Australian bands of all time. The stats speak for themselves: 21 ARIA Wins from 49 nominations, five albums all of which debuted at No 1 and over 10 million global record sales, and that’s just scraping the surface.

Armed with his electric and acoustic guitars, stomp box and a microphone, Sunshine Coast singer-songwriter, Liam Griffin, will debut his brand new show titled “Wait ‘til Tomorrow: A Tribute to Silverchair”, which celebrates the depth and variation of Silverchair’s kaleidoscope of hits with a short season at the 2023 Adelaide Fringe Festival.

International success followed, bringing unanticipated attention on the then teenage trio, particularly lead singer-guitarist Daniel Johns. As they grew, so did their musical diversity. From teenage angst driven mosh pit favourites, to melodic, theatrical and highly orchestrated spectaculars in their later albums ‘Diorama’ and ‘Young Modern’ – the two albums Griffin cites as his most favoured Silverchair albums due to their “complexity”.

Johns had all the makings of a pint-sized Kurt Cobain, and as a mid-90s teenager himself, Liam shared an uncanny similarity to the Silverchair front man that had his classmates mock him for.

“They kinda said it like it was a bad thing,” recalls Griffin. “I wasn’t out to try to copy Daniel Johns. I just happened to have the long sun-bleached hair, I played guitar and sang in a few high school bands, doing covers of Metallica and Nirvana songs, and I was right into surfing. So naturally, some of the other kids at school nicknamed me ‘Silverchair’ – obvious! Little did they know, I actually thought it was a compliment!”

In “Wait ‘til Tomorrow: A Tribute to Silverchair”, which offers a pared-back, raw and intimate solo performance, Liam will present a nostalgic journey that captures the emotional and lyrical intricacies of Silverchair’s extensive material from all stages of the trio’s career, from the grunge-laden riffs and emotional turmoil of albums ‘Frogstomp’, ‘Freak Show’, ‘Neon Ballroom’, and ‘Diorama’, to the vibrant progressive pop of Silverchair’s final record, ‘Young Modern’, before they announced an indefinite hiatus.

The show will include the hit gems: Tomorrow, Freak, Without You, Ana’s Song (Open Fire), Reflections of a Sound, and Straight Lines as well as some of the in-between, and after learning the news that Silverchair would never reform, Liam’s tribute is likely to be one of the only ways to hear these songs played live again.

Liam is a seasoned performer, and since 2005, he independently released a string of EPs and albums with his debut LP ‘Between the Colours’ drawing critical acclaim that made comparisons to Jeff Buckley, Eskimo Joe, Crowded House and The Beatles. A QMusic Awards Pop Category finalist in 2011 with single ‘A Distant Memory’, Liam has toured throughout Australia, and other parts of the world including Canada, and opened for the likes of Kate Miller-Heidke, Gin Wigmore, Paul Greene, Bobby Flynn… to name a few.

Griffin performed at the North by North East festival in Toronto in 2009, followed by a small tour of Canada. He has also been a guest artist on a number of Brisbane bands albums, including Junk by The Gin Club, Shipping Secrets by Fagan, It Takes An Army by Brindle, and The Deeper the Sands by Kate Bradley. With a Bachelor of Music Performance in Jazz Voice under his belt, Liam is also a multi-instrumentalist playing guitar, bass, mandolin, harmonica, trumpet, keyboard, and is a home studio recordist.