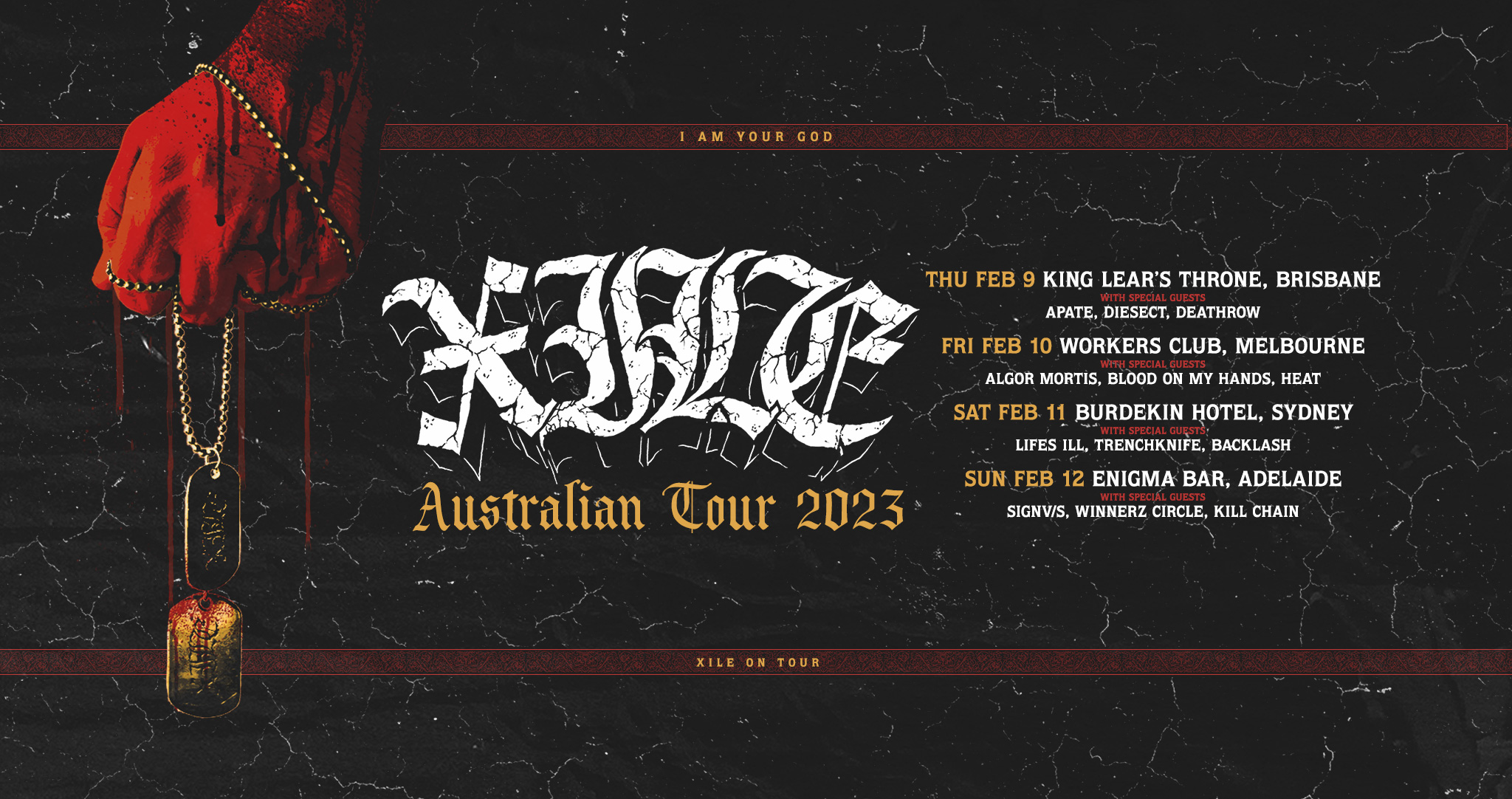 It has been just over two years since we went into lockdown and the same amount of time since the release of the album, I AM YOUR GOD. We are finally returning to the stage to play this live for you, FRONT TO BACK and remind you how a kiwi hardstyle show goes down!
This show is STACKED with brutal local support acts.
Heavy Hitters Killchain open the show, Next up local shredders Winnerz Circle and Signv/s bring their signature style before Xile hits the stage.
I AM YOUR GOD is Xile’s debut full length album. The album was recorded in- between a hectic touring schedule of 2018/19 at Sledge Hammer Studios Brisbane with Sean Delander of Thy Art is Murder.
The album was released on March 27th 2020, not too long after New Zealand went into its first lockdown. Though it received great reviews from a range of local and international media, the band were not able to play a show and international tour plans were also derailed. Like most musicians, shows are the best way to promote a release and Xile prefer it, having toured extensively since their first release. This is Kiwi Hardstyle in its hardest, most raw form.